Home » Psychics Articles » A quick look at times psychics got it right!

A quick look at times psychics got it right! 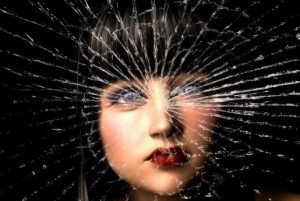 It isn’t news  that most people don’t have the gift of psychic ability. There are some real psychics out there, but we don’t usually encounter them in our regular lives. So when we hear stories of correct predictions, we are delighted and surprised.

Here a few stories that tell of just those times:

Predicted a future for a parent

Her parents went to see a psychic when they were on vacation and their were told that her father would eventually be a widower.   Both parents laughed it of, but a few years later her mother died unexpectedly.

A man visited a friend who did a card reading for him. He was told that he would marry his current love and while their love would be short lived, they would have a daughter. All of this came to pass.

Children in her future

A woman, while trying to get pregnant, was told that she would indeed have a lot of children.  She didn’t believe the advisor, but a short time later, she had triplets.

Other psychics thinks she has the gift

Some have had the unique experience to be told by psychics that they have a gift, even if they, themselves do not believe. A woman was told, not twice, but three times that it was apparent that she had some natural talent in the area of psychic powers.

Another woman had some experience reading cards, as her mother was an advisor. She was casually reading cards to see if there was a possibility of pregnancy.  Before she could lay out the hand, she dropped the card and it was the one card that could point to her pregnancy.

Her mother went to see an advisor and only revealed her daughter’s birthday. The advisor mentioned several things that could help her throat, even though she wasn’t specifically asked.  The treatments help.

Sometimes they can read minds

She and her mother have always been able to see what people are thinking. She’s rarely been wrong, even though it’s just small things like knowing what people want to order at restaurants.

Fooled around and got it right.

A girl was playing around with tarot cards because she had seen it on  TV. She didn’t take it very seriously, but was able to accurately predict several things, including when a crush was going to ask someone out but didn’t, so the friend shouldn’t wait around.

You Need a Psychic Reading due to the following Reasons

Dealing with a psychic vampire